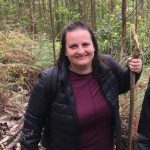 Daniela De Simone is Assistant Professor of Indian Studies in the Department of Languages and Cultures at Ghent University. Previously, she was Curator of the South Asian Archaeological Collections at the British Museum, where she curated the current displays of South Asian archaeological materials, Assistant Programme Specialist at UNESCO New Delhi, where she worked on the sustainable conservation of Indian old city areas, and Excavation Supervisor at the site of Gotihawa, an important early Buddhist stupa site in the Nepalese Terai, for the Italian Archaeological Mission to Nepal. She studied Indian Languages and Cultures at the University of Naples “L’Orientale”, where she earned her PhD in South Asian Studies (Archaeology) in 2012.

Daniela’s research focuses on the archaeology of the Gangetic Plains, the history of Indian Buddhism through the study of material culture, and the pre-colonial past of Indian indigenous communities.  She is also Principal Investigator of the projects Excavations at Bodhgaya, the Site of the Buddha’s Enlightenment (2021-2024), funded by the Shelby White and Leon Levy Program for Archaeological Publications at Harvard University, and Archaeological Explorations and Investigations in the Gangetic Plains and Neighbouring Regions (2021-2025), funded by Ghent University Special Research Fund (BOF).

Daniela started studying the material cultural of the Nilgiri Mountains when she was Curator at the British Museum (2016-2020) and included a public display of Nilgiri materials in the permanent exhibition on South Asia of the Sir Joseph E. Hotung Gallery of China and South Asia (re-opened 2017), giving substantial space to the Nilgiri culture in the wider context of Indian civilisation. She first surveyed the Nilgiri Mountains in 2018. 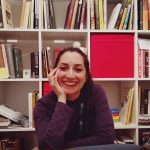 Letizia Trinco holds a PhD (2015) in history of art and archaeology of South and Central Asia from the Italian Institute of Oriental Studies, Sapienza University of Rome, where she also obtained her BA (2006) and MA (2010) in Indian Languages and Cultures. She participated in the Uzbek-Italian Archaeological Mission to the site of Uch Kulakh, in the oasis of Bukhara, Uzbekistan (2009), and carried out fieldwork in India as a doctoral student, research collaborator and postdoctoral fellow at Sapienza University of Rome (2013-2019). Her research focuses on funerary rituals and memorialisation in ancient South Asia, religious iconography (Hindu, Buddhist, Jaina), and, increasingly, the theory and practice of ethnoarchaeology.

Within the Nilgiri Archaeological Project, Letizia will examine the archaeological context as well as the iconographical and architectural features of the Nilgiri memorial monuments to investigate regional variations, establish their chronology (relative and absolute), and clarify their relationship with akin structures in the neighbouring lowlands. She will also study the Hortus Indicus Malabaricus (1678-1693) in combination with the herbarium of the East India Company to search for notions of traditional ecological knowledge in the early colonial record.

Letizia first surveyed the Nilgiri Mountains in 2019 and carried out a preliminary reassessment of the available records of hero-stone and dolmen assemblages variously distributed across the region. 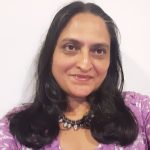 is Professor at the National Institute of Advanced Studies, Bengaluru specialising in the history of mining, metallurgy, metal crafts, technical art history and architectural history of southern India. Her inter-disciplinary contributions cover the archaeometallurgy of South Indian and Chola metal icons and artisanal technologies such as wootz steel, mirror making, and high-tin bronze working as well as broader global dimensions.

She has been documenting aspects of the material culture, archaeotechnology and ethnography of the Nilgiris for three decades with related papers in South Asian Archaeology (1994), INSA (2016), MMP (2017), in ’50 Years of Archaeology in Southeast Asia’, Lietuvos Archaeology 47 (2022), and in a volume in press edited by Paul Hockings. Her recent papers include ‘Re-envisioning Siva Nataraja’ (Brill), ‘Retellings of the Ramayana in South India and Southeast Asia’ (Manipal), ‘Ecstasy of Classical Art’ (National Museum), ‘Traditional Arts of South Asia’ (Saffron Press) and ‘Materialising Southeast Asia’s Past’ (NUS). She is co-editor of ‘Digital Hampi’ (Springer) and ‘Performance at the Urban Periphery’ (Routledge), and co-author of ‘India’s Legendary Wootz Steel’. A complete list of her publications can be found here.

She was co-lead investigator of the UKIERI Pioneering Metallurgy project in collaboration with Exeter University.

Sharada is recipient of the Padma Shri in 2019 in Archaeology and the Indian National Academy of Engineering Woman Engineer Award in 2021. She was elected as International Honorary Member of American Academy of Arts and Sciences in 2021. She is Fellow of Royal Asiatic Society of Great Britain and Ireland. 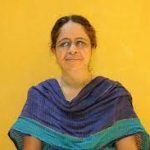 Anupama Krishnamurthy is a palynologist and palaeoecologist in the Department of Ecology at the French Institute of Pondicherry. Her research focuses on palaeovegetation reconstruction and pollination ecology and aerobiology employing pollen grains as key tools. Her expertise also includes non-pollen palynomorphs such as phytoliths in archaeological and other contexts in South India. Her team is currently building a repertory of phytolith slides from extant plants in tropical South India and Sri Lanka along the lines of the Thanikaimoni pollen slide collection held at the Institute, and she is a member of the research project Protection of Pollinators and Agroecological Transition in the Pondicherry Region (POLLIN).

In the framework of the Nilgiri Archaeological Project, Anupama supervises a team of archaeobotanists and ethnobotanists based in South India that works towards the reconstruction of the early ecology of the upland forests of the Nilgiri Mountains and the traditional use of plant materials before the colonial period.

Anupama is President of the Humans and Biosphere Commission of the International Union for Quaternary Research (INQUA) and a member of the working group LandCover6K of the Past Global Changes (PAGES) initiative. 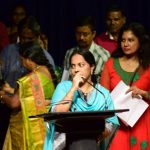 Gandhimathi Janakiraman is Curator at the Government Museum – Chennai. In the framework of the Nilgiri Archaeological Project, she acts as liaison with Indian government agencies and coordinates the documentation of the Nilgiri collections in Chennai and Udhagamandalam.

Gandhimathi was an International Training Programme fellow at the British Museum in 2017, when she started working on the Nilgiri artefacts with Daniela De Simone, and both first surveyed the Nilgiri Mountains together in 2018. She presented a paper on the ethnographic collection of Nilgiri artefacts held at theGovernment Museum, Chennai at the 25th European Conference on South Asian Studies in Paris (24-27 July 2018).